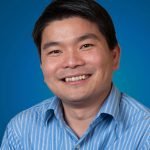 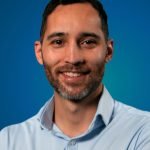 Recent updates to seismic building standards by the American Society of Civil Engineers (ASCE) promise to bring changes to the engineering industry. The ASCE is the primary authoritative source for engineering standards in the United States. State and local jurisdictions often refer to ASCE standards for their building codes, and revised ASCE 7-16 guidance on seismic loads mean engineers will need to incorporate increased seismic demands for conventional code-based designs in coming years. Our engineers reviewed the new code and break down what the changes to the seismic design standards mean for the future of building design.

To understand what the changes are, we must first look at why they were made. The ASCE 7-16 seismic design revisions were adjusted primarily to incorporate research (such as updated site amplification models and soil-structure interaction effects) that was published after ASCE 7-10 or was not mature enough to be included in the last revision to the standards. ASCE 7-16 also formally recognizes and permits well-established performance-based engineering approaches for conventional building design, which have already been routinely used for tall buildings in seismically active regions

Here’s an example of the impact of the updated standards. Under ASCE 7-10 a typical building in the Pacific Northwest that is five stories or taller and founded on a Site Class D plot would be conventionally designed using a prescriptive ASCE 7-10 Site Class D response spectrum. Under the new ASCE 7-16 standard, using a Site Class D response spectrum for the same building will result in a 60 to 80 percent increase in seismic demand relative to ASCE 7-10. This is due to a penalty imposed by ASCE 7-16 for Site Class D sites in seismically active areas, as well as updates to site amplification factors based on recent research. However, using more rigorous site response analysis or ground motion hazard analysis approaches permitted by ASCE 7-16 could help lower demands by providing more realistic, site-specific ground motions. This rigorous design approach could potentially take more design time and increase design fees, but that increase can be off-set by the significant decreases in seismic loads (potentially up to 20 percent).

Many jurisdictions have not adopted ASCE 7-16 yet, but when they do engineers and owners will need to remember that applying a more rigorous design approach will lead to more realistic and potentially lower seismic demands that could reduce overall construction costs. Municipalities in the Pacific Northwest are already moving toward the standards. Seattle is expected to adopt ASCE 7-16 in the Spring of 2020, and Bellevue, Washington will follow in July 2020.

This blog was developed by King Chin and Hamilton Puangnak, part of GeoEngineers’ performance-based engineering and risk analysis group. King, Hamilton and their team have been doing these kinds of peer reviewed site response analysis for the past five years on more than 50 projects across the country.