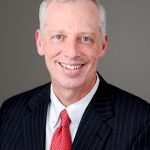 This year, GeoEngineers is proud to mark 50 years of doing business in Louisiana. We are lucky our history includes some legends in Louisiana engineering, and many of these legends are still working in our GeoEngineers office, mentoring the next generation. We realize we didn’t reach this anniversary on our own. We are grateful for our clients who made our success possible and continue to place their trust in our expertise.

The GeoEngineers story in Louisiana begins in 1965 when Louis “Doc” Capozzoli, Jr. ScD, PE (pictured) founded Louis J. Capozzoli & Associates in Baton Rouge. Doc was a pioneer in the geotechnical engineering profession. The firm’s first project, the 22-story Chase Bank South Tower, set the tone for quality and innovation with a three-story basement (still the deepest) excavation that is still the tallest mat (no piling)-supported building in downtown Baton Rouge.

Doc completed his studies at NYU, Harvard and MIT, and earned his doctoral degree in just five years (he is still a legend in the civil engineering department at MIT). He studied with the pioneers of the profession that have engineering formulas named after them. The company continued under his leadership until his retirement in 1991, and GeoEngineers Principals Jim Aronstein, PE, Charlie Eustis, PE and me, along with our late partner Charles W. “Buzzy” Hair, III, PE, continued the practice. We merged with GeoEngineers in 2007 and grafted our 50-year branch onto the 35-year-old GeoEngineers tree.

Jim, Charlie and I aren’t the only staff that bring the knowledge of years’ past to the present. GeoEngineers has 15 other employees with more than 25 years at the company working in our 14 locations across the nation. The people who have done the hard work to build infrastructure and communities over the decades are still here to teach—and learn from—our “younger” colleagues.

Not everything about soil behavior is in the textbooks. It helps to know how projects will respond in actual practice. Sometimes practical experience is better than what we’re taught in school, and sometimes it’s not, and we know the difference. GeoEngineers has an intense commitment to finding solutions that aren’t obvious with a cursory review. We are committed to finding better ways to innovate and sustain the community and world we live in. After all, GeoEngineers is an earth science and technology company, and even Doc knew the importance of innovation when he was one of the first engineers to use the IBM 1130 computer with a 16k core processor in 1969! He even rented time to other firms to run their Fortran programs. GeoEngineers continues to innovate the practice of earth science and technology.

History is great but requires a willingness to undergo continued change, and GeoEngineers has made it to our half-century anniversary by doing just that. Please join us this year in celebrating the foundation created over the past 50 years and the legends to come in the next 50.