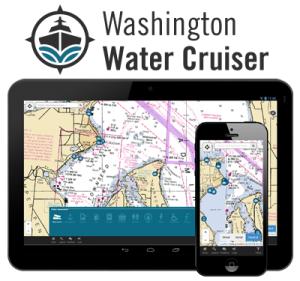 Boaters who want more information about where to launch their boats or tie up for a weekend on the water can do so now through Washington Water Cruiser, a new app launched by the Washington State Recreation and Conservation Office(RCO).

The free app is available for both Apple and Android mobile devices, and has a web-based version. It maps all state-owned boat launches and moorage sites open to the public, along with amenities for boaters at each site.

The map-based app was created by GeoEngineers’ technology development team at GeoEngineers, using a grant RCO received from the US Fish and Wildlife Service. It provides aerial, street map and nautical chart views for boaters throughout the state.

“This app will be really helpful to a lot of boaters,” said George Harris, president of the Northwest Marine Trade Association, the nation’s largest regional marine association. “In the past, you’d have to carry a couple of cruising manuals or visit several websites to plan an outing. Now, you can see the information you need on your smart phone or tablet while you’re on the water.”