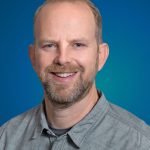 In the course of my career, while on work assignments, I’ve had the opportunity to visit some really cool places—from the San Juan Mountains in Colorado and the Baseball Hall of Fame in Cooperstown, New York to the beaches of Florida and many other beautiful and interesting places. However, these US highlights pale in comparison to my recent good fortune to be asked to travel to Europe to meet with the manufacturer of Direct Pipe™ (DP) equipment, Herrenknecht AG (Herrenknecht), and to observe an ongoing DP project near Venice, Italy. The trip was a long time in the making, but short in the planning; I received a phone call on a Monday asking if I could free my schedule and Tuesday I was on my way!

Background of the Trip

For several years, GeoEngineers has been in contact with Herrenknecht and others in the trenchless industry, working to bring DP into the mainstream of US pipeline engineering and construction and add another tool to the pipeline designer’s toolbox. As a rough simplification, DP may be thought of as a combination of microtunneling and horizontal directional drilling (HDD). It is essentially a curved microtunnel installed by an innovative machine called a pipe thruster, which grips the outside of the pipe and thrusts it into the soil. The thruster allows the pipe to be welded into a continuous string behind the launch pit rather than fed incrementally, cartridge style like a conventional microtunnel.

Also, unlike a conventional microtunnel, the crossing may begin and end at or near the ground surface. This eliminates or reduces the expense of deep launch and receiving pits. Unlike traditional HDD, the bored hole is continuously cased, eliminating the risk of hole collapse and allowing for installations in geologic formations that are very high risk for HDD. Because it is continuously cased, DP can also be installed in much shorter and shallower locations compared to HDD. To date, 25 DP crossings have been installed, primarily in Europe.

In 2011, detailed feasibility studies, geotechnical engineering and design work began to heat up for GeoEngineers with several tough pipeline crossings (of obstacles such as rivers, highways or environmentally sensitive areas) in the northeastern United States where HDD and other more established technologies did not appear to make sense. Two of these crossings are going to construction in March 2013. While providing the geotechnical engineering for these pipeline crossings, GeoEngineers developed a design method combining aspects of traditional microtunneling design and API steel design code to allow the proposed DP crossing steel pipe to be analyzed for estimated jacking loads; axial, bending, and hoop stresses; buckling; and combined stress computations. These calculations are similar to some of those performed for an HDD design with an important, critical and obvious difference: in DP, the pipe is in compression during installation whereas in HDD it is in tension.

With this design method, the engineer can evaluate whether the pipe proposed for the crossing is strong enough or if the geometry or pipe specifications need to be changed to allow for a safe crossing. The engineer can also calculate the maximum thrust load the specified pipe can handle in a given geometry. Look for more from GeoEngineers on this topic as we have a technical paper describing our process at the June 2013 ASCE Pipelines Conference in Fort Worth, Texas: “A Suggested Design Method for Curved, Jacked Steel Pipe.” 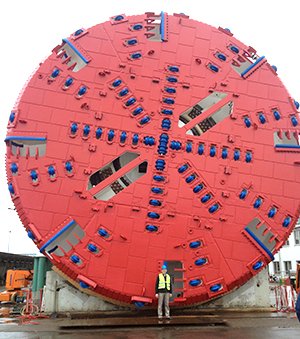 After leaving the United States on Tuesday and flying all night, we landed in Zurich, Switzerland at 8 am Wednesday (local time). From Zurich, we drove north to Schwanau, Germany, where Herrenknecht has its headquarters. Herrenknecht’s facility was very impressive, and we had the opportunity to observe smaller diameter AVN microtunneling machines, HDD rigs, pipe thrusters, pipe that had been load-tested in the pipe thruster, and, of course, some of Herrenknecht’s big traffic tunneling machines, like the one pictured above. It was sort of a dreamland for a geotechnical engineer!

The next day, we drove through the Alps south to the outskirts of Venice, Italy. On Friday we got to visit a DP jobsite in Padua, Italy (shown above). The local contractors were very cooperative and much was communicated by hand signal and broken English—their English being much better than my Italian! Our group learned a lot and the people were very friendly. 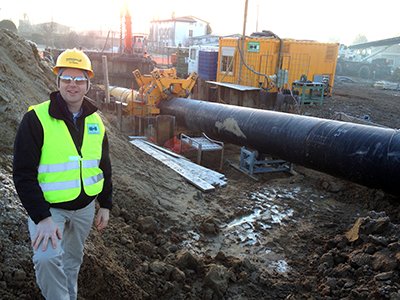 After work on Friday, our group took a bus into the island of Venice. The Basilica of St. Mark was definitely a high point for me. Having travelled in the past in Greece and Turkey in areas ruled by Venice in the middle ages, it was really cool to see where all those Lions of St. Mark originated from. On Saturday, we rode the train back to Zurich and then on Sunday flew home. Whew… it was crazy and a whirlwind, and I’d do it all again in a heartbeat.