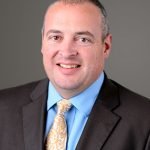 I have really enjoyed my yard this year. It might have something to do with the lemon tree, fig tree, pomegranate tree, and several types of orange trees that are thriving and providing us with good healthy eats. We also have an area with bamboo shoots and several large flowering bushes/trees (hibiscus, wisteria, azaleas and jacaranda) that my wife prefers.

However, that one corner of the yard has stayed overgrown and I knew it was only a matter of time until it reached the top of my to-do list and I would have to clear it out. As an Eagle Scout and a current Boy Scout Leader, I know to look for plants with three leaves while foraging through the woods if you want to avoid poison ivy or poison oak. So, I was careful to watch for the “leaves of three” while removing vines and clearing out that overgrown area of my yard.

Because it is second nature now to “think safety first,” I was sure to wear gloves and my sturdy boots. Also, I was careful to drink a lot of fluids and take breaks to avoid heat exhaustion. However, because it was very hot that day (typical southern Louisiana fall temperature in the 90’s with high humidity), I was in shorts and a short-sleeved shirt.

To my surprise, several days later, I began to develop an extremely itchy rash on my forearms and calves. So, knowing what my exposure must have been, I googled “poisonous plants.” Well, I discovered that you not only have to watch out for “leaves of three” (poison ivy and poison oak), but apparently you also have to avoid leaves of 7 to 13 (poison sumac). Who knew?

Being the optimist that I am, I expected the rash would go away after a few days of itching. So, I mostly ignored it except for the occasional scratching to relieve the torture. At first it was very interesting to watch it slowly spread across my skin during the next few weeks. However, during the third week of incubation, the rash began to show up in random areas that I knew were covered (protected from exposure) during my landscaping venture.

It wasn’t until I started to get an itch in my throat (funny—it was eerily familiar) that I began to realize I could be in trouble. That evening during Boy Scouts, the other adult leaders commented to me that I needed to see a physician because it looked like it had become systemic.

Well, you could have knocked me over. Who ever heard that these rashes can become systemic and then show up anywhere?  Anyway, after a shot and one week of steroids, the rash and the itching are mostly gone. What a relief.

This experience made me realize how easily we can be exposed to poisonous plants and other hazards, especially because we often visit undeveloped sites for drilling or to obtain other data. Before we mobilize, we should discover what hazards may be present so that we can recognize them and reduce our potential for exposure or harm. These safety concerns and their subsequent prevention should be discussed during the field brief.

Now my only question is: Does anyone have any solutions for random patches of dry skin?