Waiting for the Big One: Assessing the New Madrid Seismic Threat 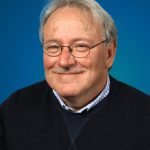 The hills of Western Tennessee are not what most of us picture when we think about earthquake risks, but we would be mistaken. Far to the east of the better-known subduction zones of California and the Pacific Northwest lies the New Madrid Seismic Zone. The area includes parts of Tennessee, Kentucky, Indiana, Missouri, Illinois, Arkansas and Mississippi—and it’s the source of the largest historic earthquakes in the U.S. east of the Rocky Mountains. Experts tell us that a large event along the New Madrid Zone today would cause widespread building damage, bridge collapses, disruption of vital utility systems, and levee and slope failures across hundreds of miles or more. It’s a threat that those of us who live and work in the region simply can’t afford to ignore.

Is this threat real? After all, folks who have lived their entire lives in the eastern U.S. have probably never experienced a large earthquake. To answer this question, seismologists search for clues about future earthquakes from past events. The most recent earthquakes in the New Madrid Seismic Zone occurred in 1811 and 1812. The three largest earthquakes during this series were estimated to be approximately magnitude 7.3 to 7.5, but there were also strong aftershocks, some as large as magnitude 7.0. Two of the main tremors had epicenters in Northeast Arkansas and the third was located at New Madrid, Missouri. The largest of the three tremors opened ground fissures and reshaped local topography, leveling the town of New Madrid in the process. The upheaval even caused the Mississippi River to flow backward for a time, creating Reelfoot Lake. Homes as far away as St. Louis were damaged because of toppled chimneys.

What would a big jolt along the New Madrid Fault mean for Tennessee and our neighboring states? In the event of an earthquake similar to the first earthquake in the 1811-1812 sequence estimated at magnitude 7.5, Memphis would experience violent shaking with significant damage to buildings—including partial collapse and the shifting of some structures off their foundations. Nashville, St. Louis and Louisville could all experience very strong shaking, with slight to moderate damage in well-built structures and considerable damage in poorly built buildings, including broken chimneys. Cincinnati might have strong shaking with slight damage and vibrations felt by everyone. Even as far away as New York City, some people would feel light shaking indoors.

The Tennessee Emergency Management Agency (TEMA) has estimated we will need up to 7,000 building assessors if the big one strikes in the New Madrid Seismic Zone. Keep in mind that every time there is a significant aftershock, each building will have to be rechecked for safe occupancy. Building assessments might be necessary for a period of months or years. Over the past 15 years, building codes have improved their seismic requirements and newer structures have a good chance of avoiding collapse. But older buildings close to the epicenter will be vulnerable, particularly those built a century ago using unreinforced masonry. Groups such as the Central U.S. Earthquake Consortium, TEMA and similar agencies in states throughout the region, and volunteer organizations like TNSAVE are all dedicated to preparing for and responding to a big earthquake. But this issue still needs more attention. If another big one hits the New Madrid Seismic Zone, some planners believe the damage could be so great that life will be forever altered throughout the region.