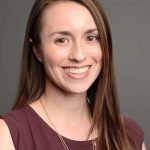 Between March 8 and March 10, 2016 a large storm slowly made its way across North Louisiana. As this massive storm inched eastward, it dropped between 17 and 26 inches of rain on northern Louisiana. Such a large volume of rain caused significant and rapid swelling of the existing bayous, streams and rivers, which backed up into low-lying back-swamp areas. The storm flooded homes, businesses and roads — in some cases roads were even washed out creating a dangerous situation for motorists, especially if the road washout is hidden under water that is over the roadway. During the storm two such examples of washed out roads occurred along LA 546 and New Natchitoches Road (LA 838) in West Monroe, Louisiana.

Road washouts during periods of extreme rain events often occur in areas where the water congregates. Because water will always run downhill, the point of congregation may be at a low area along the road or at a point where water flows beneath a road through a culvert as was the case at LA 546.

For road washouts at culverts, the body of water passing through the culvert may typically be a small stream. However, during periods of extreme rainfall, the volume within the banks of the stream swells such that it exceeds the capacity of the culvert. Instead of the water smoothly flowing into the culvert, water turbulently tries to force its way into the culvert opening. In doing so, the force of the water erodes away soil around the culvert providing an avenue for more water to pass through. As the water erodes away the soil around the culvert, the roadway foundation becomes undermined, and ultimately, the road collapses.

Could these road washouts have been predicted and possibly avoided? Certain considerations should be evaluated when deciding on the location of a culvert, such as the expected volume of water entering the culvert from the watershed. In addition, concrete paving or rip-rap is sometimes placed around culvert openings to protect the surrounding soil from erosion.Unlike the washout at LA 546, the road washout at New Natchitoches Road did not occur at a culvert. A detailed study of the failure has not been performed yet. However, we understand that prior to the road failure water was flowing over the roadway. It is possible that the failure occurred at a low point in the road where, due to geology and topography, the natural flow of water was likely at the location of the failure. Based on a general understanding of the geology in the West Monroe area, the near surface soils likely consisted of silts and clays. Silty soils are more prone to erosion.

With respect to road design, attention to geology and topography is important. If the subgrade soil is composed of highly erodible material, such as silt and sand, the likelihood of the road foundation being undermined is much greater, especially if the area is prone to contact with water during heavy rainfall events. In addition, the topography may cause the area to be susceptible to damage caused by high-water events. Because it is difficult for the average motorist to predict where and when a road washout might occur, it is important to consider such extreme events in road design. Furthermore, to avoid potential road washouts it is important for motorists to remember to turn their vehicle around instead of driving across a roadway covered by water.