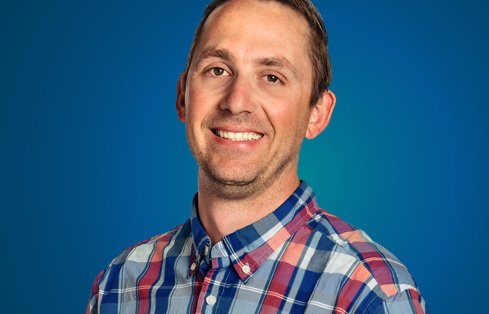 The outdoors has always called to me. Having the ability to interweave the outdoors with a career is what enticed me into the field of geology.

Cody likes spending time in the field—and that’s fortunate. Most of Cody’s responsibilities keep him away from the office and out in the natural environment he loves. He does site reconnaissance, samples soil and groundwater, characterizes the local geology and assesses landslide and other risks.

While in school, Cody just wanted to find a career that would let him spend lots of time outside. He took a few classes in geology and quickly realized he’d found his calling.

“For the first time I could visualize enjoying a career for the next 30 years,” Cody says. “I always enjoyed backpacking and camping, but being able to interpret the local geology on my outdoor excursions opened up my eyes to the world that surrounds me.”

Cody’s diverse skillset includes aviation expertise. He’s a licensed single-engine pilot and puts those skills to use for GeoEngineers on projects requiring unmanned aerial vehicles (UAVs) or drones. As an FAA licensed commercial drone pilot, Cody uses a drone equipped with a high-quality camera to map project sites. He uses data from the camera to create a dense point cloud and Digital Elevation Model (DEM) of a site’s topography.

“Being able to fly a site, return to the office and do all of my own data reduction to produce a quality map or DEM is fun,” Cody says. “I have had to teach myself all of the software required for creating DEMs and stitched maps [orthomosiacs] from pictures.”

In addition to flying planes, Cody collects other high-octane hobbies. While living in Hawaii, Cody worked as a licensed SCUBA Divemaster. He’s also a skydiver, paraglider and BASE jumper—with more than 80 jumps all over the world. Cody also does speed flying, which is like extreme downhill skiing but with more speed and more flying. Speed flyers use both paragliders and skis to descend rugged mountain slopes.