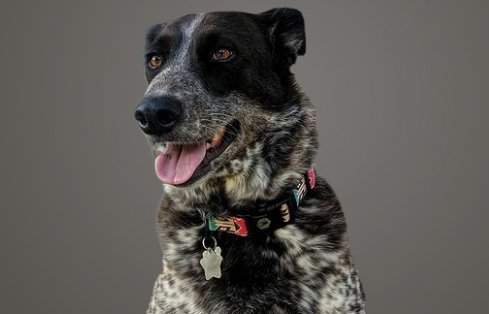 Jessie is an important member of our field staff. She came to Tacoma, Washington by way of Spokane, with her best friend Angel Valdivia.

While she specializes in excavation and site monitoring, those aren’t her only talents. Jessie once won 1st prize in a baby cow impersonation contest. “They had no idea she wasn’t a real cow” Angel says proudly.

Jessie’s love for excavation isn’t confined to work hours—she enjoys digging off the clock as well. She’s logged many hours creating a large hole in her backyard, and no weather can stop this intrepid explorer, not rain or snow. The hole is now large enough for Jessie to casually relax in, and she sometimes lets her sister Luna help with continued updates.

Jessie recently welcomed a new baby sister to her home, a kitten named Willy, and while she is still getting used to Willy, she appreciates having a new friend to help her look out the window.

A love for the outdoors defines Jessie, and you can often find her on hikes, playing in the snow, swimming, going on long walks, or just laying in her hole.

Jessie hopes to someday live somewhere with plenty of space to roam, where she can spend time with lots of other animals (maybe even cows) and dig an even bigger hole.