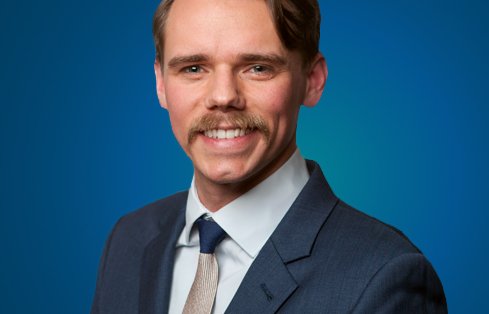 My group works as a supportive team on interesting projects, and the company really stands by the employees. In my mind, this is certainly an ideal first job coming out of school.

Jon’s journey toward geotechnical engineering started in Pike Place Market, Seattle. For six years, Jon worked as a greengrocer in the market, a job he describes as “a cross between carnival barker and warehouse worker.” In between the long hours, Jon also volunteered for Seattle Subway, a non-profit lobbying for a comprehensive subway system in the city.

“In doing public outreach, folks would ask me lots of questions and I liked to have the answers,” Jon explains. “So I started reading the GDRs and GBRs and other publicly available documents. After a bit of this, I thought ‘Why just learn all this stuff for fun? This could be my job.’ So, I went to school and now here I am, living the dream.”

Jon finished his bachelors in civil engineering before attending UC Berkeley for a graduate program in geosystems. He joined GeoEngineers because he’d heard good things about the people and culture.

“My group works as a supportive team on interesting projects, and the company really stands by the employees,” Jon says. “In my mind, this is certainly an ideal first job coming out of school.”

As a staff geotechnical engineer, Jon spends a lot of his time in the field taking samples, interfacing with contractors and making sure design specifications are followed correctly. Jon relishes the chance to hone his skills through practical on-the-job learning.

“This experience is crucial and formative,” Jon says. “Without real-world experience and knowledge, no designer can do their job at a high level.”

Jon’s passion for community needs and infrastructure is as strong as ever. He says he enjoys tackling the creative challenges of characterizing soil and then finding ways to adapt a project to the specifics of each site.

Since graduating Jon has had to reduce his volunteerism, but he’s been the public outreach director for Seattle Subway, president of the Bannan Scholars (an elementary school engineering scholarship group) and volunteered for the Special Olympics and Unconscious Bias Project. In his spare time, Jon even conducted a study of Seattle food bank inventory practice efficiencies. Jon is also involved in local political activism and advocacy. In whatever time he has left, Jon likes to hike, camp, read, run, play soccer and box.