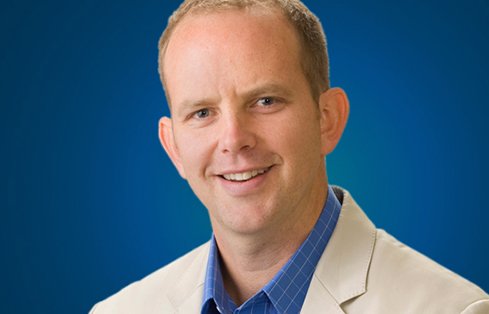 The intersection of the built environment and natural, geologic processes has always intrigued me. GeoEngineers has been a great platform for me to find support, and support others, as we work to solve these very important and challenging questions on our clients’ behalf.

As leader of GeoEngineers Pipeline Business Unit, Jon’s world is all about trenchless technology. Jon works on and manages geotechnical engineering services for pipeline owners, primarily energy companies, all over the country. Many of these projects rely on trenchless technologies like horizontal directional drilling (HDD) to install pipelines beneath surface obstacles like rivers or roads.

Over the years, Jon has pioneered the development of a new design method for Direct Pipe™ installation. In early 2013, Jon was privileged to travel to Europe and meet with Direct Pipe equipment manufacturer Herrenknecht, A.G. and observe their manufacturing operation. Later in the year, Jon and his fellow GeoEngineers colleagues provided design and construction support for two successful Direct Pipe projects.  One of those projects, an innovative directional microtunnel project for Tennessee Gas Pipeline Company, LLC, won the Grand Conceptor Award for the best overall project in the American Council of Engineering Companies (ACEC) of Missouri’s 2014 Engineering Excellence Competition.

When Jon was in high school, he participated in a bridge contest sponsored by the Missouri Society of Engineers (MSPE), and he credits this event with guiding his career towards engineering. His involvement in MSPE and other professional organizations like the North American Society for Trenchless Technology (NASTT) and the American Council of Engineering Companies (ACEC) continues to this day. When he can, Jon also participates in educational STEM events and shares his love of engineering with the kids who will become our next generation of scientists and engineers.

At home, Jon’s five kids keep him hopping, as does the family’s small hobby farm, which features a vegetable garden, one horse, three cows, three sheep, one pig and eight chickens. Jon enjoys serving with his wife at his church and is an avid acoustic and country music fan. In his rare free time, Jon loves to fish, he has been recognized with a Missouri Master Angler award, and also pursues other outdoor activities including canoeing, mountain biking, running, camping, and hunting.