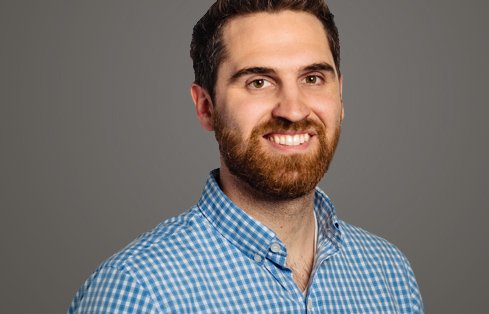 We can learn so much from Mother Nature, and in my job I attempt to understand and predict the earth’s natural response to what people do to it.

Kyle spends his days predicting how much the ground will move at building and bridge foundations during an earthquake. “We can learn so much from Mother Nature, and in my job I attempt to understand and predict the earth’s natural response to what people do to it,” Kyle says. “The uncertainty involved with earthquakes and the soil response intrigues me because it requires using wise engineering judgment.”

Kyle was drawn to this line of work after the 2011 earthquake and tsunami that hit Tohoku, Japan. “My wife had lived in Tohoku just months before the tsunami, which made the event much more real. The aftermath from the earthquake and tsunami inspired me to choose a field where I could help keep people safe in future tragic events,” he says.

Kyle wrote his master’s thesis at Brigham Young University on how bridge foundations behave in lateral earthquake loading. He chose to start his career at GeoEngineers partly because of the demand for seismic design and geotechnical engineering in the Puget Sound region, but also the company’s culture. “The employees here are fun to be around because they are all very passionate about what they do. GeoEngineers is about high quality people working on high quality projects,” he says.

Even though Kyle says he still can’t believe he gets paid to go hiking, he also takes advantage of the outdoors in his free time with his wife and daughter. His other hobbies include basketball, cooking with his wife, enjoying 64 oz. slurpees and playing a spirited game of dodge ball. “In college I was on a dodge ball team and my nickname was Golden Glove,” he says.