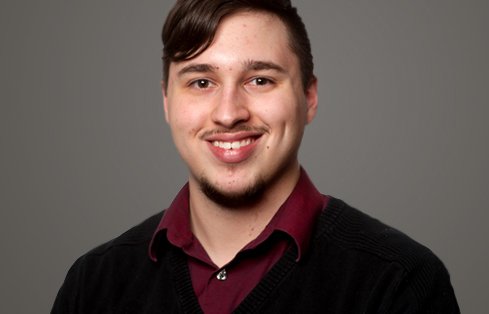 As much as I enjoy the variety of work, company inclusion and transparency, and top-of-the-line equipment and technologies, it is the people that I work with that have been the greatest pleasure while working for GeoEngineers.

Michael is an integral part of many of our projects in the Puget Sound region. As a CAD technician, he creates figures and drawings that illustrate project sites and help our engineers and scientists plan and conceptualize their designs.

Computers and mechanics have always interested Michael. When he was younger he experimented with using vector software to design computer numerical control machines—a type of machine automation. After earning a degree in engineering design technology, Michael began working as a CAD drafter and eventually joined the GeoEngineers team.

“Out of the many companies I interviewed with and learned about, GeoEngineers proved itself to strive for excellence in all things,” Michael said. “Most importantly, the people were all admirable in their unique talents and strong character.”

Even at home, Michael continues to challenge himself with computer projects. He administers his own home network and server and has fabricated a 3D printer, MIDI controller and enjoys refurbishing or modding classic gaming systems. His interest in electronics extends to audio engineering. Michael loves music, and plays guitar, bass and keyboard. Despite all the technology, the most important parts of Michael’s life are people—his wife and family. They look forward to playing board games, watching movies and just spending time together.