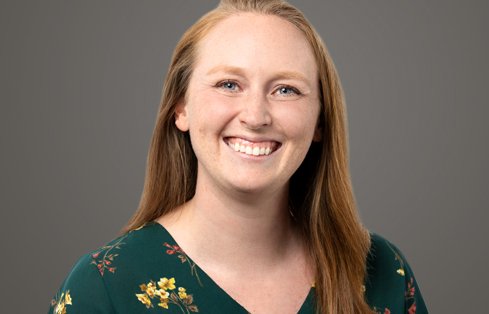 Helping the environment help itself is what attracted me to this field. I enjoy the uniqueness of each project and the evolving best science.

As a water resources engineer on GeoEngineers’ river science team, Morgan helps us solve engineering problems and restore habitat by thinking sustainably. Countless rivers and watersheds have been damaged by human activity. Morgan works to restore these vital environments by designing naturalistic systems that will evolve and promote healthy stream development over time.

Morgan’s passion for environmental science began during a High School AP Environmental Science class, where she watched a documentary on the impact of climate change on humanity’s deteriorating natural resources.

“It was a humbling moment for me as an unaware teenager,” Morgan says. “I immediately decided I wanted to work with water in some capacity or another.”

With her sights set on a career in environmental work, Morgan earned an undergraduate degree in ecological engineering from Oregon State University and then a graduate degree in biological systems engineering from Virginia Tech. After graduating, she immediately jumped into practical field work as an environmental and water resources facilitator for the U.S. Peace Corps. She worked to improve water and sanitation systems in rural Panama for a time, but eventually found her way to the river environments and watersheds of the Pacific Northwest.

As a district hydrologist for the Siuslaw National Forest, Morgan was responsible for managing all water resources on multi-use public lands along the Oregon coast. That included fish passage and habitat restoration projects for salmonid species—an area of specialization at GeoEngineers. When Morgan decided to look for a more fast-paced and challenging environment where she could make the most of her degrees and training, she found us.

“I love the balance between office and field work,” Morgan says. “It’s not often that you have a profession that allows you to play in streams. My happy place usually includes a body of water.”

When she’s not working or playing in a river, you might find Morgan practicing her bowling, attending a concert, skiing, camping, or playing cards with friends.