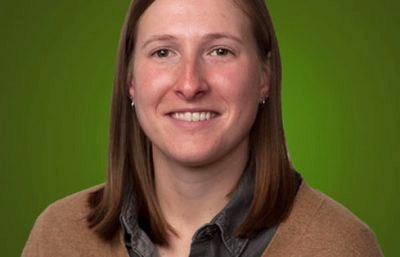 I enjoy problem-solving, and being able to really understand the ins and outs of the projects I’m working on.

Sydney’s interest in engineering work stems directly from her passion for volunteerism and community development both locally and abroad. As a college freshman she became involved with Engineers Without Borders, and quickly changed her major from chemistry to engineering.

“It was all downhill from there,” Sydney says. “I became the project leader for a water supply and structural project in Guatemala, and got to go on a handful of implementation trips there.”

Today, Sydney is on the front lines of GeoEngineers’ development projects in the Seattle area, specializing in field monitoring, environmental sampling and hydrology. She enjoys the challenge of solving problems on the fly and digging deep enough into a project to understand each aspect and technical discipline involved.

“I’m looking forward to being involved in projects where I get to contribute to all aspects of the work from beginning to end,” Sydney says.

Originally from Spokane, Washington, Sydney is excited to be back in the Pacific Northwest following school, and aims to get a permit to hike the Wonderland Trail around Mt. Rainer.

“As a backpacker, skier and outdoor-fanatic, it feels good to be part of environmental clean-ups and projects that transform contaminated areas into usable public spaces,” she says.