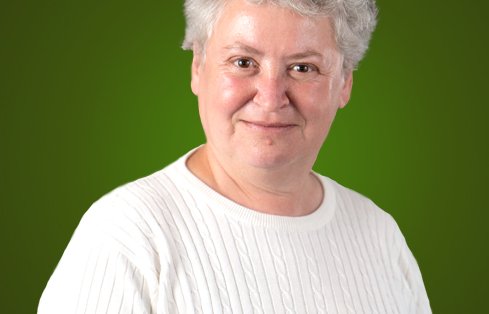 I like a challenge. They say the best way to motivate an engineer is to claim something is impossible. I love to make the impossible possible—to find a solution to an impossible problem. That feels great.

“Suddenly, I loved it! More than architecture!” Yelena says. “I transferred to another school and pursued a degree in structural engineering.”

While she studied, Yelena supported herself by working as a drafter for a geotechnical engineer. She was fascinated with the relationship between soil and structures and realized that she could combine the two interests as a geo-structural engineer. After graduating, Yelena launched into a successful career designing temporary support structures for construction companies, often in very large civil engineering projects.

“People rarely realize that designing a bridge is just the beginning,” Yelena says. “A lot of effort goes into designing a way to actually build that bridge, and it’s even more difficult to repair or re-construct an existing bridge.”

“I like to see my ideas becoming real projects,” Yelena says. “I often point to a building or a bridge and say, ‘That was my job!’ It makes me proud.”

Outside of work, Yelena spends most of her free time with two of her proudest accomplishments—her children. They enjoy outings to museums, aquariums, amusement parks, and have even been known to climb the occasional mountain!